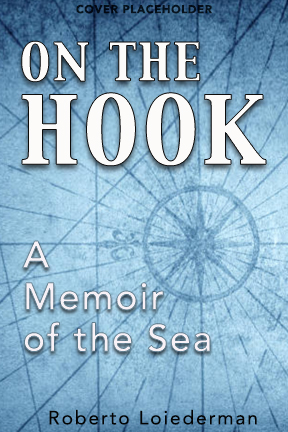 “I love this book! Roberto Loiederman’s humane and hilarious sketches of merchant seamen aboard a flotilla of rusty ammo ships reveal the true craziness of the 1960s, from the Summer of Love to the killing fields of Vietnam. Apocalypse Now meets A Confederacy of Dunces.”

“The Vietnam War was raging, and Roberto Loiederman became a deckhandon U.S. ships. Working his way up to AB (Able Seaman), he sailed on 14 ships. These memoirs from his seafaring days let us experience Vietnam from the unique angle of working on ammo ships in a war zone. His candid memoirs are a portrait of American seamen from one who lived it. Poignant, funny, and intensely human, Roberto takes you into Southeast Asia brothels, opium dens, the experience of what to do with a dead shipmate, and a memorable night in a public park with a prostitute. Unforgettable stories and a fascinating side of history.”

— Jesse Byock, archaeologist and Professor of Old Norse at UCLA, director of the Mosfell Archaeological Project in Iceland and author of Viking Age Iceland, Feud in the Icelandic Saga, and Viking Language: Learn Old Norse, Runes, and Icelandic Sagas.

A Memoir of the Sea

In San Francisco during the 1960s, Roberto Loiderman shoved off on a ship carrying napalm to Vietnam, which was called “the Zone” by seaman of the time. On the Hook is a vivid memoir of life at sea, a motley crew of colorful ship mates, and thrilling adventures ashore in war-torn Southeast Asia.

Roberto Loiederman’s exploits as a merchant seaman came about totally on a whim. Living a carefree life of free love, and often free acid, in San Francisco during the 1960s, Loiderman, with seemingly ridiculous ease, no training or experience, worked as a deckhand on ships carrying napalm to Vietnam.

What he learns and who he meets, both at sea and ashore in Asia, provide colorful tales of a young man whose life is taking him wherever the tides run. The adventure, humor, and insight make adaptation to film or series just about perfect. 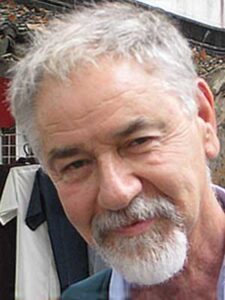 Roberto Loiederman has been a journalist, merchant seaman, TV scriptwriter, kibbutz cook, deli owner, documentary film producer and writer, and some other professions he’d rather not remember. He’s had more than 200 articles and stories published in the L.A. Times, Washington Post, Baltimore Sun, Penthouse, Jewish Journal, and many others. He was nominated for the Pushcart Prize in 2014, 2015, and 2021. He is co-author of The Eagle Mutiny, a nonfiction account of the only mutiny on an American ship in modern times.

Coming Soon to These Retailers