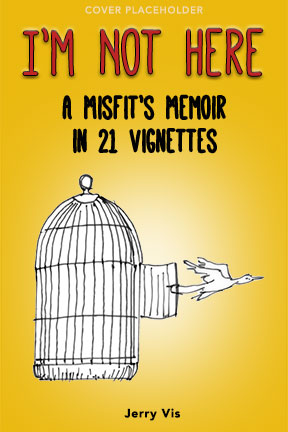 A Misfit’s Memoir in 21 Vignettes

Jerry Vis’ first book Paterson Boy, was described by one critic as having the “crystal clarity worthy of Proust.” If you combine that with the down to earth, wry sensibility of Jean Shepherd, that’s what you’ll find in the pages of these stories of Jerry’s youth and dubious “education.”

Born at the end of the Depression to a working-class family in New Jersey he had a pleasant boyhood as an only child, daydreaming, crafting “What If” stories with friends and making model airplanes. Then, just as Jerry was about to enter high school, his father, after a bout with alcohol poisoning, found religion and Jerry was sent off to a strict Adventist boarding school in the rural South. To say the school that was not to his liking or ill-suited to his character would be a vast understatement.

Dubbed Jerry “Vice” because of New Jersey’s proximity to NYC, considered a very sinful city by his schoolmates, he tells these tales of his years in the Shenandoah Valley with humor – sometimes laugh out loud funny – and insight. He went on to become the first in his family to attend college. It wasn’t the college of his choice, but the only possibility presented to him — Washington Missionary College, yet another a strict Adventist school just north of Washington, D.C.

As he departed for college, Jerry’s Uncle, on the sly, gave him this advice: “To become your own person, you need to learn how to think for yourself, not what others want you to think.” In this memoir, Jerry somehow manages to follow his Uncle’s advice and emerges with a mind of his own, along the way making friends with some… unusual characters. 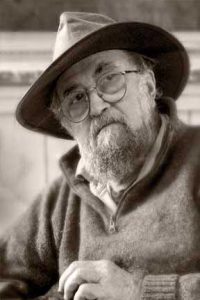 Jerry Vis spent the earliest years of his life in Paterson, New Jersey, where he was born in 1939 into a blue-collar family struggling to overcome the lingering effects of the Great Depression. He has an M.F.A. in fine art and taught for many years in public school and college. He is also the author of Paterson Boy: My Family and Other Strangers: A Memoir in Twenty-Eight Stories.