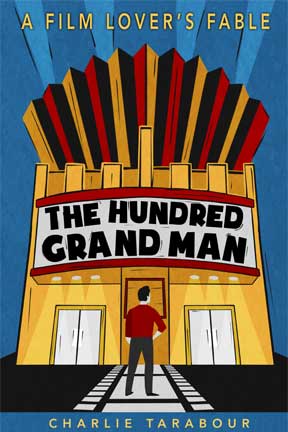 Born in a California movie theater to Soo, a Korean immigrant, and film buff, his path was forged in the flickering light of the silver screen.

As Henry grows into a movie-obsessed young man, he makes a calculation that will change his life and commit him wholeheartedly to his passion: He sets the absurdly ambitious goal to watch 100,000 movies in his lifetime. Is Henry’s audacious goal impossible? A silly fantasy? Can this well-loved eccentric meet his goal?

Henry’s quest leads him to a job in an arthouse movie theater, many adoring new friends, and eventually to some of the top people in the film world. But with great ambition comes the potential for enormous gain and loss. While Henry single-mindedly pursues his goal, relationships old, new, and romantic hang in the balance. Will he put the fictional world on pause in favor of the life in front of him?

In this entertaining long short story, Charlie Tarabour weaves both a bittersweet family saga and an enchanting homage to the history of cinema. If you love movies or passionate stories, The Hundred Grand Man is sure to capture your imagination – and your heart! 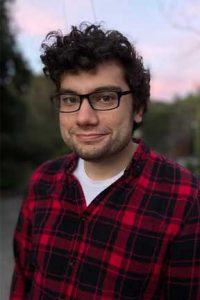 Charlie Tarabour has lived in three of the four Continental U.S.timezones, and brought his Rio Bravo-era John Wayne bust to all three of them. He used to be a conflict negotiator at arthouse movie theatres across Los Angeles. He’s been a bad poet and a better screenwriter. Now he writes fiction.