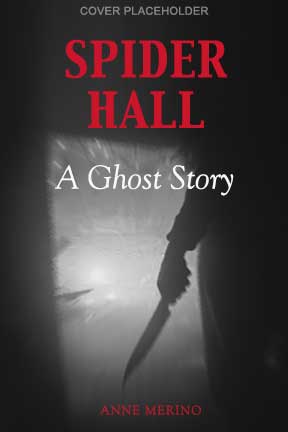 On a perfect English evening, British rock star David Stryker and a group of his friends are slaughtered in a nightmarish home invasion. The hideous violence inflicted on the victims electrify both media and the public.

Spider Hall is a Georgian house perfectly situated on a Dorset cliffside to take in airy views of the sea. Locals claim Spider Hall has always been haunted and that tragedy invariably follows owners of the historic property.

Stepping over Spider Hall’s threshold is Halle Elliot, a young art appraiser from a London auction house. As she begins to catalog Spider Hall’s spectacular contents, Halle is drawn into its eerie inner world in which ghosts roam the hallways and all is very much not as it first appears. It seems possible that there is far more to the murders of the unfortunate David Stryker and his friends than even lurid press reports might have imagined. With some assistance from the other side, Halle sets out to discover the truth.

In the same spectrum as Richard Matheson’s haunted house classic, Hell House and Susan Hill’s atmospheric The Woman In Black, Spider Hall is for all aficionados of a great ghost story. 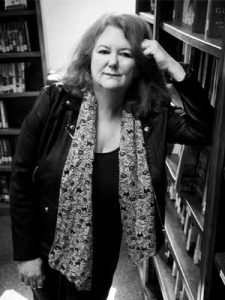 Anne Merino grew up in Arizona, devoted to horses, hounds, and books. Anne is the author of Hawkesmoor: A Novel of Vampire and Faerie. She daughter of an American classical philosopher and a Welsh mother who loved to tell her eerie tales of ghosts, elemental beings and mortals who built bonfires to Ceres, it is, perhaps, unsurprising that story and theater became her passion.

Anne went on to become a professional ballerina and choreographer for notable companies in the U.S. and abroad. Now happily retired from the stage, she writes novels and plays. Married to a filmmaker, she also has two fascinating sons and a retired working dog named Hector.